It’s crazy that by April 2020, a single company was already at Phase II/III, full-speed ahead APRIL! Guys, the whole thing was barely on our radar, we were all just learning about lockdowns and they had 43998 people lined up to be test subjects for a v for a disease that had hardly touched the world yet….

Do you know how many people had died of COVID-19 when they started the very first v trials? Less than 3,000, worldwide. That day, we were at an average of 457 deaths per day worldwide.

Within one month, tens of thousands of humans were experimented on and we went up to an average of 7,146 deaths per day worldwide, quickly.

By November 2020, more than 200,000 people worldwide had been experimented on and injected with brand new technology and we were up to 9,302 deaths per day on average.

Right now, September 3, 2021, 5.35 billion shots have been given around the world and our average deaths per day worldwide is: 9,431.The government screams “They’re working!” and “Get another one!” But the numbers and the data do not show the same picture.

The numbers show–Covid was barely a thing until the experiments started. Everywhere. So many countries had ZERO deaths before trials began in their country. Then suddenly they had outbreaks. I am working on a couple of giant spreadsheets with all of this data. It is ALARMING.

Please start looking up countries with low vaccine rates and no trials. Example–Burundi. No trials. Didn’t accept v’s until July 2021. COVID-19 deaths–3 per million people. First spike–JULY 2021.There are many more like this.

This graph is missing one very important date: March 16, the first human was injected with a Moderna COVID vaccine in Washington state. 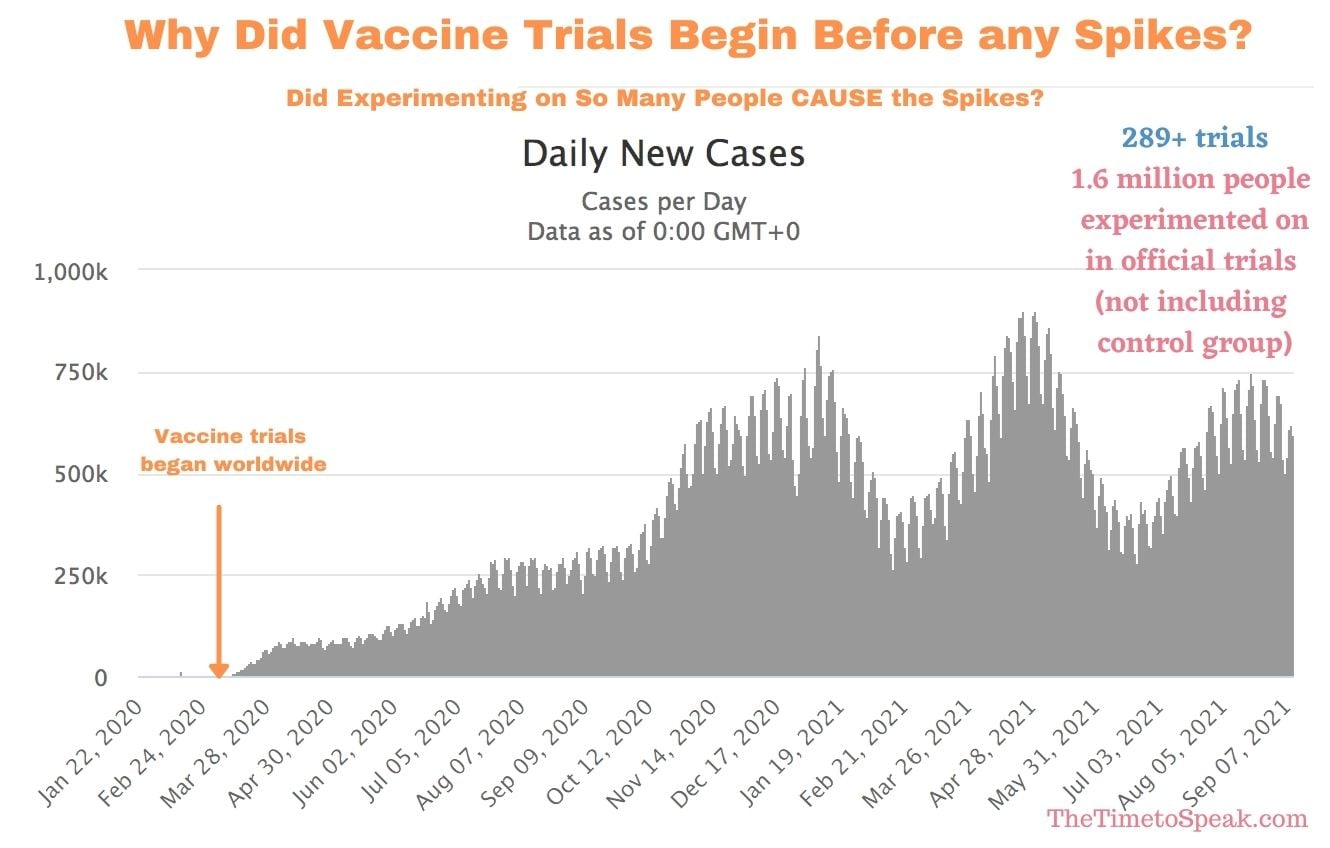 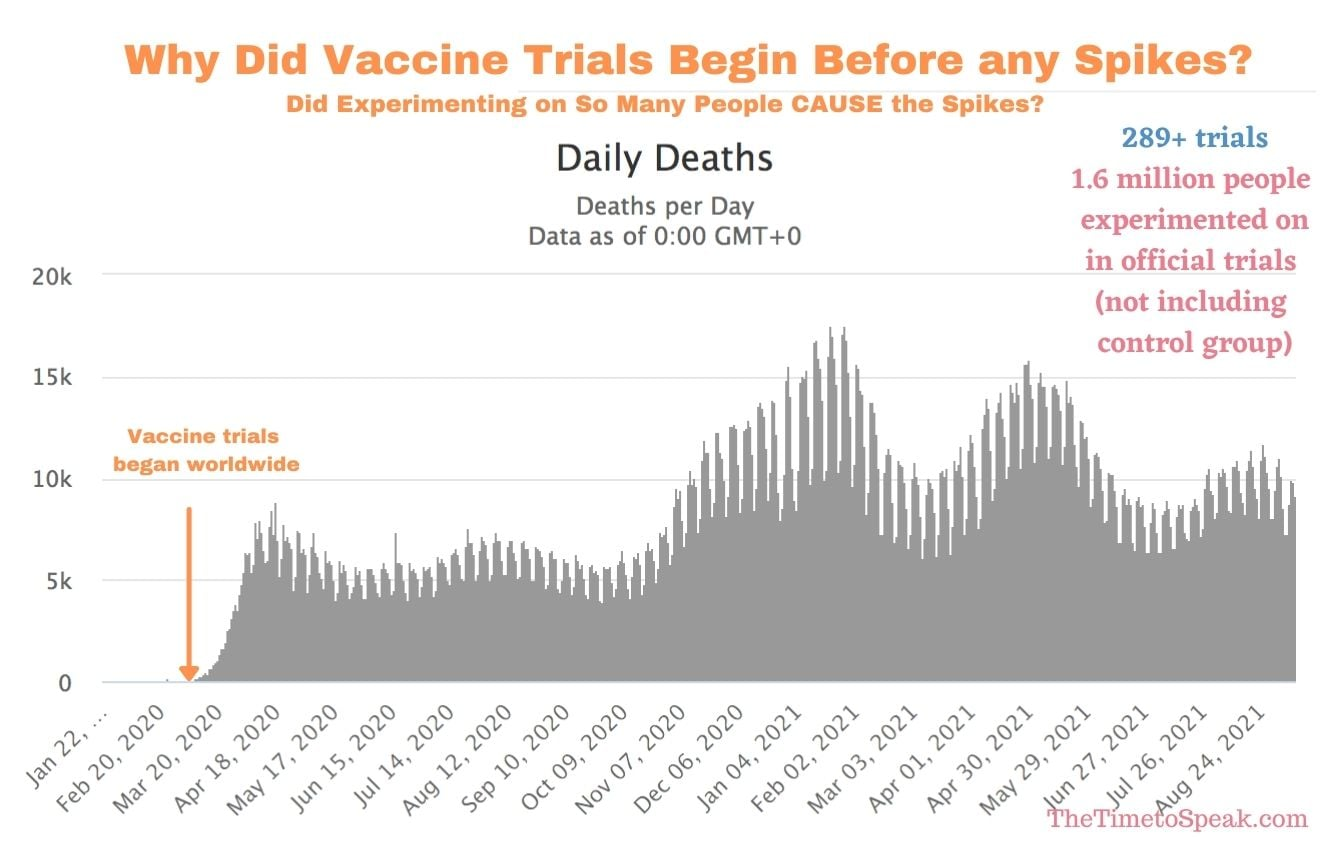 HOW.? When every v manufacturer was on phase I/II trials, Pfizer somehow, in April 2020, was on phase II/III trials and they were already testing on CHILDREN. How did they get there so fast?

WHY.? In the US, we had seen a total of 3,049 deaths at that point (and they were already on phase II/III! How did they predict it would be worthy of a v so early??).

WHY.? Is there ZERO data available (like a start date!) for a Pfizer phase I trial?

HOW LONG.? was the Phase I trial that seems to be missing from all of the trial literature? If 1 month, Phase I would have begun when Covid was causing less than 300 deaths per day–equivalent to a flu. If 2 months, the trial began when we had ZERO deaths in the US and ZERO cases. In fact, if it was started 2 months before Phase II/III, there had been a total of 14,000 cases worldwide and 159 deaths. Already, 99% of the people catching it were surviving. Why start a vaccine trial then?

Early on, Bill Gates had a graph on his website to explain how they would have to hurry the process. He suggested pre-clinical trials lasting for 300 days instead of a year and a half. But it looks like they only lasted maybe a month at most…unless they were started long before any of us knew about the virus.

There were 105 days between that first patient in the US and Pfizer’s phase 2/3 trial, injecting 43,000 people. 105 days for pre-clinical trials plus Phase I. That’s 10x faster than any v trial had ever been done and even 3x faster than Bill Gate’s suggested warp speed timeline.