What has happened and is happening in no different from book burning. At least half of our culture thinks one way, shuns all those who think differently and believes alternative conclusions (no matter how educated) are evil.

Without freedom of thought, freedom of speech, freedom of print (try to publish a book on Amazon that goes against the narrative–you can’t), we are no longer a free people.

Will you stand up?

What an unprecedented time, when our President shames free thought and expression and names people who he claims spread “misinformation.” These doctors were called out from the White House, and then they had reporters showing up at their doors and they began to receive death threats. What country are we in, again?

Did you guys see the Department of Homeland Security’s latest meeting notes?

Those of us who speak out about the v’s and the entire narrative around them and anyone who questions the integrity of the election are now, according to Joe Biden’s government, “Domestic Terrorists.”

We can’t think or speak differently, guys. We’ve got to get in line, or else.

This was released the same week the TN governor approved the use of separating families and isolating people in Fema Camps. You know, those “conspiracy theory” places? They’re real. Emergency orders have been declared by multiple states over the last 18 months regarding these very spaces (I was really surprised to see TN join them ), and the USG now has permission to take you from your family to these places for a minimum of 6 months, according to executive orders.

I’m not going to live in fear. I know what my GOD calls me to do. I follow HIM and serve HIM and no-one else. The sermon I shared the other day (which all should listen to!!) said that we should obey authority as long as it is true authority (not “declared authority” that isn’t real) and that the authority stays “in their lane.”

The current administration’s authority is crossing lanes that they don’t get to be in. The current administration is allowing government organizations (the CDC, the NIH, etc.) to declare authority that is not real authority. Obeying authority, as a Christian, does not mean bowing down to anyone who claims to be in charge of us. (A 2 year old will claim to be in charge of you–should you, biblically, abdicate control of your life and family to the 2 year old?).

We are not “approaching” crazy times, we are in them. America isn’t “changing,” it HAS changed. 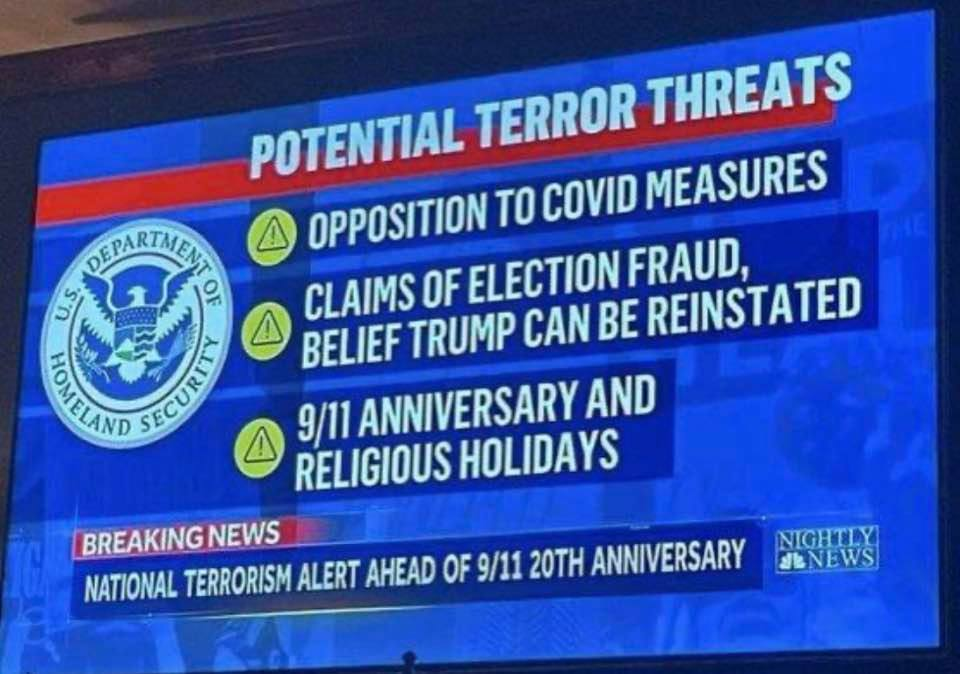