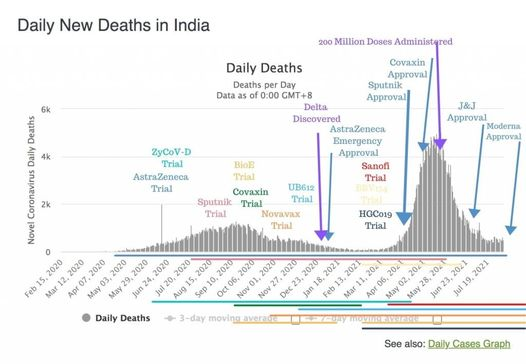 After six vaccine trials had been well under way in India, suddenly Delta appeared. Scientists know that variants do appear after vaccine trials begin. It’s called Vaccine-associated enhanced disease, or antibody-dependent enhancement and there are several studies proving that it happens. One study, specifically about Covid-19 vaccines is Antibody-dependent enhancement and SARS-CoV-2 vaccines and therapies.

I was just analyzing a CDC page and noticed this graph about excess deaths. I just thought I’d put in a little data to see what was really going on at that time.

I’m not denying that there’s been a virus sweeping across the world. I just wonder if it wouldn’t have been so bad if we didn’t experiment on humans so soon.